The images show the different aspects of the building on the Craighead site.

Work is nearing completion at a Water Treatment Works near Huntly.

Last August, AJE announced it had secured three contracts with ESD for its Craighead site which involved the fabrication 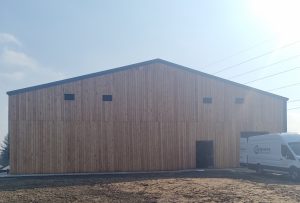 Wilson Burnett who is leading on the project explained: “This project is nearing completion and it has been great to work on. The 10 Treatment 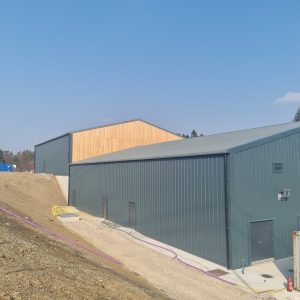 Process Tanks were completed and installed last Aug and we are delighted that we have now been able to sign off the building too. The only works left, are the internal mechanical works for the building and we hope that this will be complete by the end of May at the latest.

“The project has used every single skillset that AJE offers and were also able to harness new skills for the building. On three elevations, the building is clad in larch. This was a requirement placed upon the client by the planning department. It’s not a service that we usually offer, however we rose to the challenge and it now means that we are able to do this for other clients should this be needed.”

In 2014, it was recommended that the previous water treatment works were not of an acceptable standard and as there was not sufficient space to expand at the existing WTW, a decision was taken to build this new plant in an £16 million investment by Sottish Water.